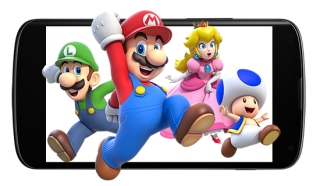 Nintendo has announced today though a Capital Alliance Announcement a partnership with DeNA, Japanese smartphone games developer, to bring Nintendo IP games to smartphone devices.
Satoru Iwata, President of Nintendo, made the announcement and it was uploaded today on Nintendo’s Official Japanese Youtube Channel. also mentioned that all Nintendo franchises are eligible for a title on Smartphone devises, but we are more likely to see their more lucrative franchises appear first, such as Super Mario Bros., Pokémon, or the Legend of Zelda.
Iwata also elaborated that Nintendo by no means will drop their dedicated video game systems, in fact, this will raise their bar to make quality content for their consumers.
What are your thoughts? has Nintendo made the Smart Choice, or is this a red flag for Nintendo’s gaming systems.
Source; Nintendo Co., Ltd. DeNA Co., Ltd. Business and Capital Alliance Announcement