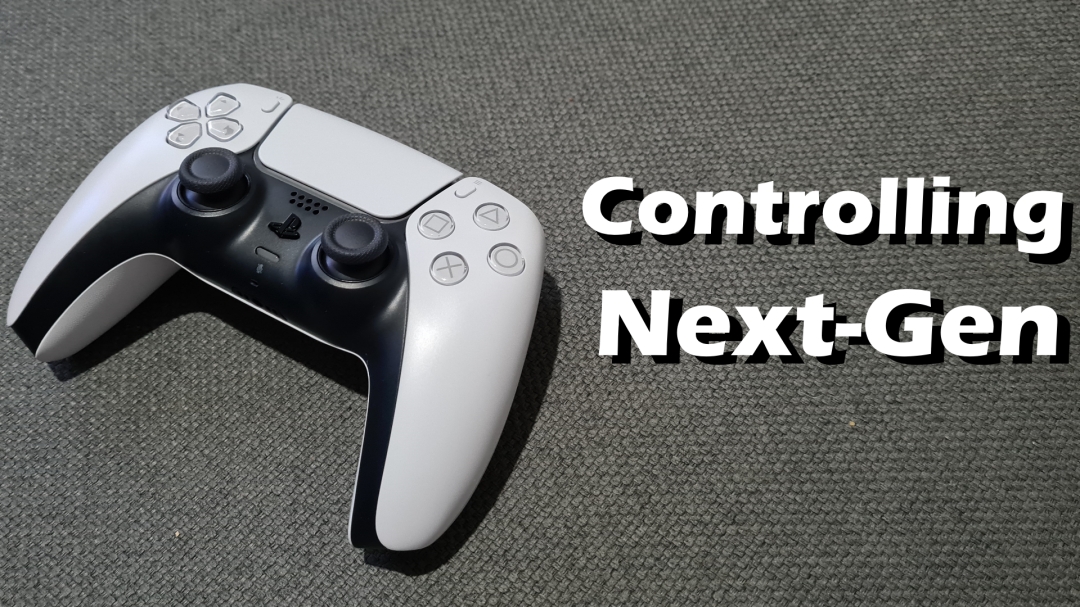 I’ve always found that advancements would be made by the competition, and Sony would stubbornly keep its design the same. The Dualshock 3 even had these horrible triggers, just to match the shape they had on the original. See how ancient it looks next to the Xbox 360 controller.

But everything changed with the Dualshock 4. A massive upgrade in shape, specially those triggers. Sure, it did away with Start & Select, and gave us a gimmicky speaker and touch pad in the middle, and the battery was miserably short. But I find it to be an overall improvement over any of its predecessors.

The DualSense may have dropped the naming convention, but it feels like the Dualshock 4… 2. If the Dualshock 3 was an aging stubborn design, the DualSense is not afraid to copy the homework of the kids next to it, in the name of improvement.

It has an even better ergonomic design, it has HD rumble and USB-C like Nintendo’s controllers, it now has a microphone like the Wii U gamepad did, and it even has the haptic feedback triggers like the Xbox One controllers. This controller is the swiss army knife of videogame input devices this generation.

Astro’s Playroom, the bundled-in title, is the perfect demonstration of this controller’s capabilities. The good ol’ blow into the controller to showcase the microphone, feel absolutely everything with the controller’s rumble, like drops of rain, or Astro’s walking, it’s all there.

Now, I’ve felt the Xbox One’s haptic feedback with shooters or racing games, with a simple but effective knockback or rumble, but this controller even has some sort of stoppers on the inside that actually make the triggers heavier to press. I knew about this feature before it arrived, but I was still surprised by just how strong it really is.

But… it has one, make that two downsides. The first one is that it doesn’t work on your PS4, which, maybe you don’t care about, but I would absolutely use this if given a choice. And while it did upgrade from the battery of the DualShock 4, it wasn’t enough.

Little over 10 hours of battery before it requires you to charge it. To put it in perspective, it could have twice of that, and still be half as much as the Switch Pro controller.

Specially baffling when this is the controller they expect you to use at home, and also on the go with Remote Play.

Gotta say overall, this is the best controller Sony has ever put out, if only it kept the colored facebuttons.

But that’ll be all for this one, until next time, bye bye guys!