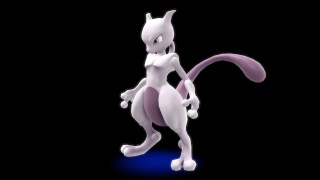 We sit down for the very first TVG Talk video and we talk about Nintendo’s evolution on their digital front. Their Virtual Console, the eShop exclusive offerings and the first party DLC so far. plus we talk a little about other media available on Nintendo systems.
A couple weeks ago we talked about Nintendo’s evolution on DLC, now we take a look at their digital world as a whole and we share our thoughts on the subject.
Check out the full video right here:

Has Nintendo gone from a company that didn’t have any DLC, to one with some of the best?

Nintendo adopted DLC not too long ago, and yet, it seems that it has some of the best offers in the market. With extensive content for a reasonable price.


Nintendo can be pointed at for some of their business decisions, with supply of amiibo and collector items not meeting with demand, their new Youtube program, lack of advertisement of their products, among other things. But when it comes down to their DLC, for the most part, has proved to be excelent. It has mainly to do with the fact that they’ve been releasing extensive amounts of content for very reasonable prices.

It’s important to notice first that before DLC arrives to a major game, it first releases a DLC, as some sort of test, Mario Kart 8 had the Mercedez Benz free cars. Hyrule Warriors had the free Ganondorf skin pack for people who owned it the first few weeks of release. And soon Super Smash Bros. will give away Mewtwo for free to owners of both the Wii U and 3DS versions. After releasing said free DLC, Nintendo then proceeds to deliver the paid DLC to said games.

Mario Kart 8 DLC packs 1 & 2, for example, together give you 16 new tracks and a handful of new vehicles and characters including Link of the Legend of Zelda and Villager and Isabelle from Animal Crossing for a quarter the price of the retail game.

Who knows if there’ll be any more DLC for Mario Kart 8, but many fans already have their lists of tracks and characters from previous entries in the series that they’d like to see make a comeback.


Hyrule Warriors is easily the Wii U’s most DLC-filled first party title to date, and its DLC doesn’t seem to be slowing down soon. Weapons, Costumes, Skins, Modes, Characters, the list is quite long, and while it isn’t as generous as Mario Kart’s offer, it’s also quite on a reasonable price, with maybe the exception of skin packs like those for Link, Zelda, and Ganondorf.

The list of DLC is so long now, that if you wanted to buy it all at once you would be paying just a bit short of the retail game, but for people eager to play more of Hyrule Warriors, the content is extensive and different enough to justify the buy.

We’re getting a bit ahead of ourselves when talking about Super Smash Bros. DLC. So far all there’s confirmed is the free Mewtwo we mentioned earlier, but honestly, it’s been hinted at so much in the past few months that its basically a fact that more DLC is coming.

Whether it’s veteran fighters who didn’t return this for the latest entry (like the fan-favorite Mewtwo), stages from previous entries, or entirely new content, fans can’t wait to see what’s next for Smash.

We touched earlier a bit upon the subject of amiibo, and they’ve turned into a popular new form of DLC, the interesting thing here is, these figurines have compatibility with different games, Mario amiibo, for example, is compatible with Super Smash Bros. Wii U and 3DS, Mario Kart 8, and soon will be compatible with Captain Toad and Mario Party 10.

And they do different things in each game, in Smash, they turn into fighters you can train and level up. In Mario Kart they provide costumes for your Mii. In Hyrule Warriors, Link, Zelda and Sheik amiibo give you special items and all other amiibo give you Rupees or other goods. In Mario Party 10 they’ll unlock an amiibo-based mode. The list expands as new compatible games get announced and released.

It’s amazing how quickly Nintendo has adopted the concept of DLC on its releases in the past few years. These are but a few examples of this, we didn’t mention New Super Luigi U, or Pikmin 3’s DLC, or most of the upcoming titles that are compatible with amiibo. We can’t wait to see what’s next. 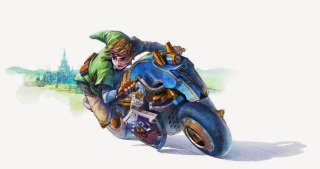 Link’s New “Master Cycle” joins him on Mario Kart 8 DLC out this November.

Nintendo of America has announced trough their Twitter account a new vehicle available with the first pack of Mario Kart 8’s DLC, this time themed after the beloved Legend of Zelda Franchise.

The bike is the third out of 4 vehicles available in the first pack, The first was the Blue Falcon of F-Zero and the B Dasher of Mario Kart DS.
The 3 characters that’ll be included in the pack are Link, Tanooki Mario and Cat Peach.
There is still no information on the tracks that’ll come with either set, only that there will be 8 per set.
The packs are available on the eShop for $7.99 USD each or $11.99 if you buy them in a bundle.
Each pack comes with 3 racers, 4 vehicles and 8 tracks (2 cups), both feature non-Mario characters, the first one has Link from Legend of Zelda, as previously mentioned, and the second one has Villager and Isabelle from Animal Crossing, the third racer is Dry Bowser.

If you buy them both, either in a bundle or separate, you’ll get 8 new colors for both Yoshi and Shy Guy.
The first pack, referenced by fans as the Zelda Pack, will come out this November, and the second one, known as Animal Crossing Pack, will come out May 2015.

We should find out more very soon since the first DLC pack is out next month.

Plus Other Season Pass Details

The Assassin’s Creed series is  no stranger to DLC, and AC: Unity is no exception, Ubisoft announced today a story DLC named Dead Kings,
The Season Pass will cost $29.99 and it will feature Dead King campaign, new weapons, gear and skills and the standalone 2,5D title Assassin’s Creed Chronicles: China.

In addition to the before mentioned DLC, you will get 3 new missions, plus, the new weapons, gear and skills can be used in both Unity and Dead Kings.
This looks like a great deal for fans of the series, and as a pre-order bonus you will have the exclusive double-handed war axe.
Source:
http://blog.ubi.com/assassins-creed-unity-season-pass-assassins-creed-chronicles-china/