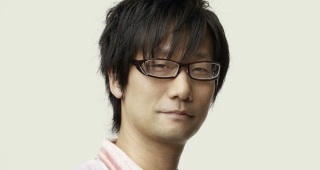 A rumor that said that producer and director Hideo Kojima would be leaving the Japanese company Konami had been in circulation  for a couple days, and now we have confirmation from both parties that this is true, plus we’ve been given some insight of what’s to come.

Kojima will leave no unfinished business before parting from the company, Metal Gear Solid V: The Phantom Pain is still scheduled to release this September and will have Kojima’s involvement. He was even quoted saying:

“I want to reassure fans that I am 100% involved and will continue working on METAL GEAR SOLID V: THE PHANTOM PAIN; I’m determined to make it the greatest game I’ve directed to date. Don’t miss it!”
However, it’s noteworthy that Konami has already stated that they’re working on the next Metal Gear Solid, in which Kojima will have no involvement. The future of Silent Hills is unkown for the moment, but we’re sure to know more in the near future.
What does the future behold for Kojima and Konami? Let us know in the comment section.
Source: Notification Regarding “METAL GEAR SOLID V: THE PHANTOM PAIN”