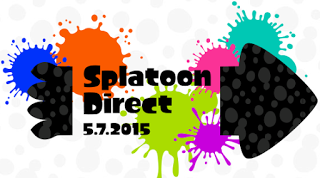 You can customize your character’s skin tone and eye color, plus there’ll be stores for you to buy head gear, shirts, and build your arsenal. You can buy glasses, hats, shoes, shirts. Your gear also gives you special skills, like longer jumps or ink use reduction.

Turf War
Turf Wars are a multi-player mode where the team that covers the most land with their color win the match. They show different strategies or tips, like teleporting to where your teammates are, or to leave the battle zone to cover areas with your team’s paint.

Maps
Urchin Underpass, Saltspray Rig has taller buildings and piles, making the lower and upper area the furthest from any map. Blackbelly Skatepark is very wide and open, Walleye Warehouse is very small and filled with obstacles, Arowana Mall is narrow and intense.

Inkopolis
Is the hub in the game, where you can interact with other players, and buy from any of the shops available in Booyah Base, Jelly Fresh, a clothing store specialized in tops owned by Jelonzo.
The shoe shop, Shrimp Kicks, owned by Crusty Sean. and the Head gear shop, Cooler Heads, owned by Annie, where you can buy Glasses and Hats. The Weapon Shop, Ammo Knights, owned by Sheldon.

Weaponry
There’s 3 types of ink weapons, Shooter, Charger and Roller. The Shooter is a more standard and immediate weapon, some of the weapons are Aerospray MG, Jet Squelcher, Splattershot, and others, all varying in speed, strenght, and range.
The Charger is a slower, stronger and has more range than the Shooter weapons, it’s a Sniper-styled weaponry, there’s the Splat Charger, the E-liter 3K, among others.

The Roller is a very unique weapon, it’s a gian

t paint-roll that leaves paint as you go, and can also splatter paint on a short-range area.

Solo Campaign
There’s a Solo Campaign were the squids are at war with the Octarians, or Octopi, were you save animals like a Zapfish.
You’ll be platforming, solving puzzles, shooting, and fighting inkling-like enemies and giant bosses. You might find pick-up items and extras during gameplay. 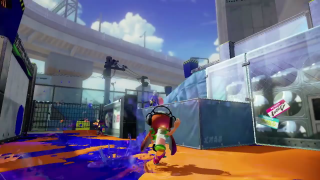 They are necessarily 4-on-4 matches, and there’s two modes, Regular Battles, and Ranked Battles. Regular Battles are the domination mode we talked about earlier. There’ll be two stages available, and they’ll change every 4 hours.
Ranked Battles have different modes within, Splat zones, where you dominate one very small area of the map. Your rank is affected weather you win or lose a match. To participate, you must be level 10, therefore, this mode will be available once enough people reach that mark.
Free Updates
There’ll be a bunch of Stages available some time after release, a Weapon, called Inkbrush, new Gear, New rule sets for Ranked Battle, like Tower Control, which is kind of like Capture the Flag, and Rainmaker. There’ll be more customization options to Friend matches in August.

Other Games
There’s an Arcade-styled selection of mini games like Squid Jump.These games can be played at any time, even when you’re waiting for a match.
Amiibo
Inkling Girl, Boy & Squid Amiibo were made specially for this game, and offer challenges and missions to take on, these might be weapon based, or a certain restriction is applied. You’ll get special gear and minigames. 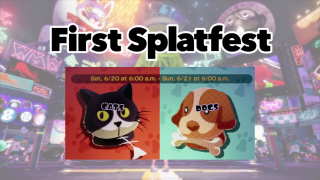 A news system where you’ll get news, events, and update information from the game, an upcoming event will be a “Cats vs Dogs” and the ranking on these events will get you exclusive gear. These events happen on an irregular basis, so it’ll be important to stay tuned.

Splatoon Global Test Fire is the Free Demo for Splatoon, you can download the Demo now, but it’ll only be playable this upcoming Friday 8th, form 8pm to 9pm Pacific, and Saturday 9, from 4 am to 5 am, then from Noon to 1pm Pacific. We’ll be playing it and bringing you a small review of our experience.

That’s a roundup of the most important news for the game, but you can watch the Splatoon Nintendo Direct Presentation right here:
Do these news make you more interested in the game? Let us know in the comment section bellow.