Bethesda kicks off the live press conferences at E3 2015 with a gallery of upcoming games and gaming news, with their most important and recognizable IPs on the table.
Here’s a comprehensive review of the live press conference from Bethesda for E3 2015, including announcements, important moments, and most importantly the highlights.
The presentation started with employees presenting themselves then proceeded to introduce the presentation itself, then there was a collage of different upcoming games from Bethesda.

Doom
Bethesda started things off showing your favorite first person shooter with demons, gallons of blood and gory deaths.
Doom is a lot more technology-based than the first few ones, but unlike later entries in the series, it keeps the demonic atmosphere on the enemies. It’s very gory and violent so fans of the series will be very pleased with it. 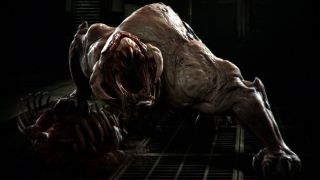 A lot of melee combat was shown, where the player ripped members off the demons and sliced them in half with a chainsaw.
Interaction with the environment will be a big part of the game, weapon picking, and of course there was shotgun gameplay, where you complete destroy the monsters on your way.
Mixing and matching weapons and playstyles seems intuitive enough, making the game incredibly fast paced and heart pouding.

Multiplayer of the game will not be too different from the multiplayer of  other FPS games, but the arenas and the multitude of play styles and themes like technological facilities in Mars and Hell will probably mix things up enough to keep you interested.
SnapMap is an in-game tool that has map-building that you can customize and create new maps and make new modes, you’ll be able to share them with people all around the world. 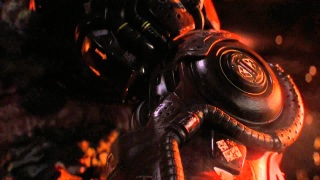 By the end of the Doom section of the presentation, they showed gameplay in Hell, the Demons’ home, where they showed a desolated area, sort of like ancient ruins where you feel alone against waves and waves of demons that you shoot, rip apart and slice through with a variety of weapons and styles.
The demons jump, run, and scream at you, just like they should, and you destroy waves and waves of them, like you should, all in all, it just might be the triumphant return of the series into the genre that it basically started.
Bethesda.net
It’s a system where gamers from different consoles will be able to comunicate and share content, it’ll be available all around Bethesda games, already been used for SnapMap, Elder Scrolls Online.

Battle Cry
Online action game centered around team combat, it works similar to a beat-em-up, but it has a lot of depth, it seems, with different classes, alliances, with more to be announced in the future. 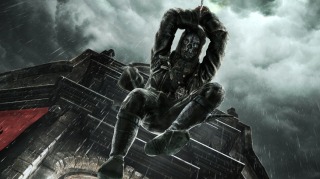 Dishonored 2
The game seems to follow the dark atmosphere from previous game. It will have a lot of parcour in it. it seems, stealth, combat, and use of special abilities. It also mixes the classical themes with futuristic technology.

All in all, it seems like it’ll deliver exactly what it promises, a sequel to the hit game, Dishonored. The game will be coming to PC, Xbox One, and PS4.
Dishonored
Is being remastered for PS4 and Xbox One with additional content, it’ll be called Dishonored Definitive Edition. 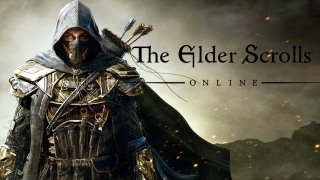 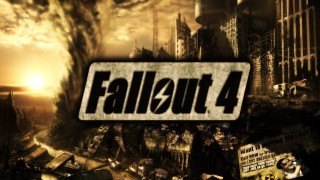 Fallout 4
The presentation of the game seems to have a lot more color, contrary to Fallout 4, which had a green hue similar to Arkham Asylum.
The attention to detail in this game is off the charts, with incredible diversity in the art of the different areas of the game, the different characters and monsters. 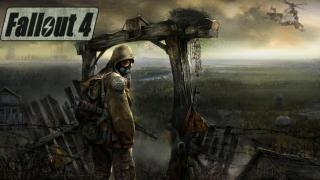 From post-apocalyptic to an utopia, the diversity and vast experiences is incredible.
The game will start with your character in the mirror, where you’ll be able to customize your male and female characters.
It has been confirmed that the game starts off before the nuclear war, on a peaceful, sunny day, until the explosion does happen.

You survive the nuclear attack, and some events happen after this, you then wake up after 200 years of sleep on a special vault, and wake up on a post-apocalyptic world, where you are the sole survivor. 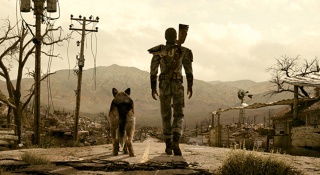 You’re also given a lot of choice, where key moments of the game will change depending on what the player does and what he chooses to follow.
All in all, the amazing attention to detail, the possibilities and options given are incredibly vast, making it the most interesting and intriguing game of the presentation.
Accompanying the game, there’ll be a second screen experience with a mobile app and a piece that resembles the Smart Watch from the game. The game will come out for PS4, Xbox One and PC.

Building in the game is very intuitive and complete, it reminds us a little to Sims, Animal Crossing, and other popular Life Sim games.
It features customization, attacks from other alliances, and you’ll be able to make your own houses, shelters, settlements, and your own allies and friends.
The game will be coming out November 10th of the present year.

Fallout Shelter
A mobile game where you make your own vault, and you are in charge of keeping your people safe and exploration, the resources, it’s not too different in concept to other life games like Sims City, etc. It’s a cartoony and campy take on the Fallout concept.
It’ll be a Free to Play, no paywalls, no wait times, it’s completely free other than some extras available. It’s available starting tonight, so why not give this game a go?

You can also watch the showcase right here:

Growing up in the late 90’s, Paco’s introduction to video games was Mario 64, and he hasn’t really stopped ever since, he’s also a player kin to Wind Waker, having beaten it an unholy amount of times, and completed it at least 5 times, or so he claims.
@PacoFETV