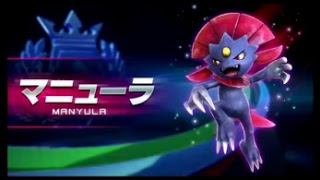 The fan-favorite Pokémon will be a playable fighter in the upcoming Pokkén Tournament, an arcade fighting game developed by Namco Bandai and the Pokémon Company.
Weavile is one of the few Pokémon introduced that is not a legendary Pokémon and doesn’t have a Mega Evolution, alongside Pikachu.

Physically, weavile seems to be on the shorter side of the Pokémon, again, like Pikachu, which will make for some visually interesting battles. Its size is not just for show, it also seems to make it a hard target.
Weavile is also shown to be really fast with its big, sharp claws, which will make for some fast-paced gameplay and high-numbered combos.
Like the other Pokkén Tournament announcements, there’s no official YouTube upload, so here’s the trailer uploaded by the good folks at GameXplain: