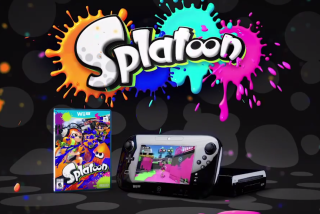 “Get Ready to Get Inked!”

Splatoon, Nintendo’s big summer home-console title, is very close to release now, and Nintendo has released a new 30-second trailer and showcased the newly announced Wii U bundle for the game’s release.

The trailer shows gameplay footage and voice over of some of the features within the game, plus some catchphrases in hope of making an impact on your mind.

The bundle itself has the same things as any other 32GB edition Wii U, the only big difference is that this bundle has both Splatoon and Nintendo Land, it costs $299.99 at Best Buy.
The Splatoon site says the game will be released May 29th of this year. It also shows some of the features of the game plus it gives a little insight into the Amiibo functionality, which consists of exclusive gear and “amiibo challenges”, providing with a few hours of extra content should you have the figures.
You can watch the official trailer from Nintendo’s Youtube Channel bellow.