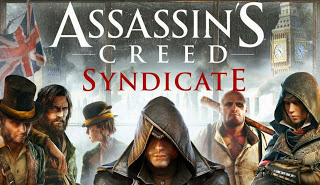 The New instalment of Assassin’s Creed gets its first trailer

Today Ubisoft revealed the trailer and name of the new assassin’s creed, “Assassin’s Creed Syndicate” alongside a 10 minute gameplay video which gives us a good idea of how the game feels and plays as well as some new things to expect

Assassin’s Creed Syndicate is set in 1868 Victorian England, this time the world will develop around the industrial revolution and the trailer gives a much more violent feeling than past Assassin’s Creed games and the character seems to have a personality like edward kenway but grittier. 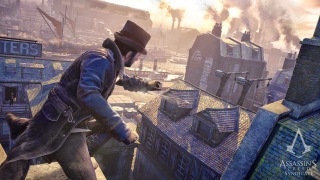 The game still focuses on stealth and doing everything with extreme care and in silence, you can still use  stealth mode, eagle vision and mechanics you are familiar with but there are new things that will completely change the experience like the “rope launcher” which allows you to get to high buildings in a matter of seconds or a zip line to go from roof top to roof top.

The game seems to be the classic we know and love, and that some got even tired of, but with enough twists, changes, interesting scenarios and interesting storyline to give it a chance and enjoy it. The game is set to come out October 23 on PS4 and XboxOne with the PS version following later, be sure to check our page and youtube for more information. 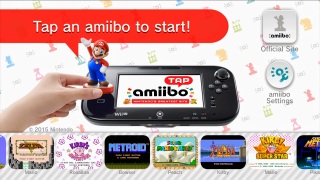 Nintendo of Japan released today a new trailer from the Free-to-Download game.

The trailer shows how the functionality of tapping multiple amiibo works in the game, and to no one’s surprise, it takes up quite the amiibo hoard!
The video was uploaded to youtube by Nintendo of Japan’s official account. The way the game works is that you insert an amiibo on your gamepad and the game unlocks a demo of a classic from the NES or SNES era, the trailer also shows that even if you have two amiibo of the same character they’ll unlock different content.
You can watch the trailer bellow:
Will you be spending some time with this free-to-download title? Let us know in the comment section bellow.

Survival of the fittest

Previously, all we knew about the story was that Earth had been destroyed and that the survivors were settling on a new planet, but now we have a better idea on what made humans leave the Earth, or should we say who?
We couldn’t gather the name of the invaders in question by watching the trailer, but we do know that they’ve followed humans to this new planet, and that they want to erase humanity from existence by destroying this new blossoming civilization.
The trailer also leads us to believe that the playable character won’t be the main character in the story, at least not the point where the trailer takes place. If you’re not fluent in Japanese, youtube user iYakku has released a version of the video with english subtitles.
You can watch the original Japanese trailer bellow:

“Get Ready to Get Inked!”

Splatoon, Nintendo’s big summer home-console title, is very close to release now, and Nintendo has released a new 30-second trailer and showcased the newly announced Wii U bundle for the game’s release.

The trailer shows gameplay footage and voice over of some of the features within the game, plus some catchphrases in hope of making an impact on your mind.

The bundle itself has the same things as any other 32GB edition Wii U, the only big difference is that this bundle has both Splatoon and Nintendo Land, it costs $299.99 at Best Buy.
The Splatoon site says the game will be released May 29th of this year. It also shows some of the features of the game plus it gives a little insight into the Amiibo functionality, which consists of exclusive gear and “amiibo challenges”, providing with a few hours of extra content should you have the figures.
You can watch the official trailer from Nintendo’s Youtube Channel bellow.

The game comes out April 21st.

Back on September last year, Ubisoft announced that they’d be releasing the first in a series of Download-Only, Sidescroller titles for the franchise. Assassin’s Creed Chronicles: China follows the story of Assassin Shao Jun, in 16th Century China.
We prevously met her in Assassin’s Creed: Embers, an animated movie that served as a closure to Ezio Auditore, the main character of the Assassin’s Creed 2, Brotherhood and Revelations.

The gameplay doesn’t seem like something we haven’t seen before, it’s a 2.5D sidescroller that reminds us of the popular Metroidvania formula; popular examples of this are Castlevania: Symphony of the Night, Super Metroid, and the more recent Batman: Arkham Origins: Blackgate.
The title will be download-only, and will be available on PlayStation 4, Xbox One and PC. The next titles in this series include Assassin’s Creed Chronicles: India and Russia, already announced for the same platforms as ACC: China.

What do you think of this new “Chronicles” series in the Assassin’s Creed franchise? Let us know in the comments.